WordPress Says Update, So Should I?

If you have logged into your WordPress and found an alert to update, then this article is one you might want to read.

You see, WordPress gets updated a lot. Sometimes the updates are small security fixes. However, once a year or so, there is a major update.

Before we continue, I want you to think about something. When you see that WordPress released an update, what do you do?

The reason I ask is because with WordPress 3.5, there was a fairly major change in the core source code, that affected many WordPress theme and plugin developers. As the community guy for a company who develops WordPress photography themes, I can tell you first hand that the release of WordPress 3.5 drastically changed the daily activities of each employee for a few days. 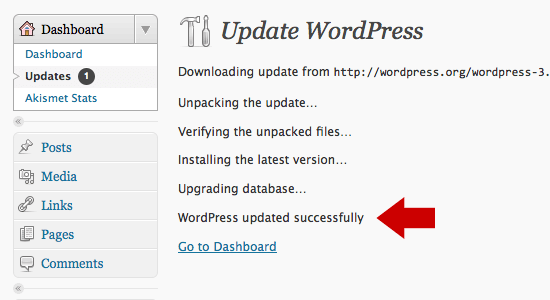 Without going into too much nerdy details, WordPress changed some of the code that many themes and plugins relied on. So in turn, development had to be made (by many companies) to add a workaround. In addition to the development time for the workaround, we had to do a lot of internal testing on various environments, and then release an update to all of our users.

That short story is pretty much what sparked the question I stated above. So I went on Quora and Google Plus to ask communities the same question I just asked you. Here are some of the answers I received.

At this point you might be wondering how I deal with WordPress updates on my own website. I did a lot of research on good web hosts, and in the end decided on going with a WordPress specific host, WP Engine. ?One of the big advantages of hosting with WP Engine is that they handle the WordPress core updates. (They won't touch your theme or plugins) Another big advantage is the built-in staging option. So whenever a WordPress update is imminent WP Engine sends an email to users with a time frame when all users will be updated. They instruct users to take advantage of the staging feature and to update a test site. The beauty of the staging site is that it is identical to your live site. Doing this can verify if a site will fail with a WordPress update, before going through with the update on the live site. Make sense? So my workflow is as follows:

Now that I have gone through all of that, I want to ask you again. When you see that WordPress released an update, what do you do? Now that you've read the article, will you do something different?

Scott Wyden Kivowitz is a NJ photographer and the Community & Blog Wrangler at Photocrati.?