The 2015 Toastmasters International Convention would be held in one of the most popular and exciting cities across the globe and that is no other than the city of Las Vegas in the state of Nevada, US. This will be just a few months from now. The scheduled dates for the said convention will be from August 12 until 15 of this present year, 2015. I still have enough time to prepare myself for that very special occasion. I want to be there and I really need to be there. I am physically and emotionally ready for the said convention, but my pocket is my only problem. I can say that I am not financially capable up to this moment and I want you guys to somehow help me in preparing for all of my needs so that I can get there.?http://www.gofundme.com/toastmastersnick

The 2015 Toastmasters International Convention matters to me?to my whole life! This will serve as a major stepping stone for me to achieve success for my business and I believe that my presence on that upcoming convention will also bring a multitude of benefits to each one of you. I am knocking at the hearts of those who have the heart to help me attend the Toastmasters Convention 2015.

It is not actually my first time to join the convention that is conducted annually. I joined ?two and a half years ago and it was one of the greatest things that I did in my life. The convention, particularly the Toastmasters allowed me to speak in front of a large number of people who are eager to listen and give comments that you will never get somewhere else. Attending this convention for this year will help me to grow further as a business owner. For the past 2 years, I was able to step up and take various leadership roles in District 12.

I grew to be the 2015 – 2016?Division E Director of District 12 and I am now in need of some financial assistance in attending the Toastmasters Convention 2015. I appreciate any donation ?of any amount. Even if it is $1, it will be a great help for me to achieve my goal of attending this year?s Toastmasters Convention. I have been asking for donations for a while and I am looking forward to getting more financial help from the public.

Please help me attend Toastmasters Convention 2015. I am now very thankful for those who showed their support in my endeavor. Please feel free to visit http://www.gofundme.com/toastmastersnick to donate now 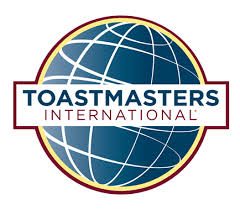 I joined a group three months ago that?s essential for anyone who wants to gain leadership and public speaking skills and confidence. The organization is Toastmasters International. I go there for two hours on Thursday nights to give a prepared speech, work on my leadership skills or take responsibility for the club. I've learned a lot and it?s given me confidence I never used to have. One year from now, I plan on achieving my 10-speech goal and completing my leadership handbook to get my Toastmasters certification.

Toastmasters is a non-profit educational organization. It operates worldwide, assisting members in honing their public speaking and leadership skills, both of which are necessary for success. Founded in 1924, the group boasts a number of famous celebrity members, from Debbie Fields Rose, founder of Mrs. Fields Cookies and former All Star NBA Center, Mark Eaton, to Carl Dixon, the former lead singer for The Guess Who.

The group counts among its members Olympic gold medalists and politicians from virtually every country in the world, along with presidential advisors, former Miss America winners and astronauts James Lovell, Walter Schirra and John Young. Best-selling authors, Hollywood directors, captains of industry and philanthropists have all availed themselves of what Toastmasters has to offer.

The group is active in 122 countries with over 14,350 clubs. There?s no pressure at meetings and members give talks on assigned topics, conduct meetings and improve their grammar. Members become comfortable leading, working together and speaking in public. The most profound message in the world will have little impact if the speaker can?t connect with his/her audience. Toastmasters teach those skills.

The organization maintains an extensive array of articles and resource material that can be accessed online. Materials address a distracted audience, coordinating the power of pen and voice, and how to become a master storyteller. Readers can examine the most common pitfalls of public speaking, access video resources and take advantage of the group?s comprehensive free library and satellite programs.

Joining is easy. Just visit a local club and complete a membership application. New members pay a $20 fee and membership dues that average $36 every six months. There is some variation in membership dues among clubs. Joining Toastmasters International is an investment in your future.

The right words can motivate people to move mountains and reach for the stars. It?s impossible to know when the opportunity for greatness will arise and the need for speaking and leadership skills will win the day. It doesn't matter whether you?re addressing 10 or 1,000, Toastmasters provides you with the skills to do so effortlessly.