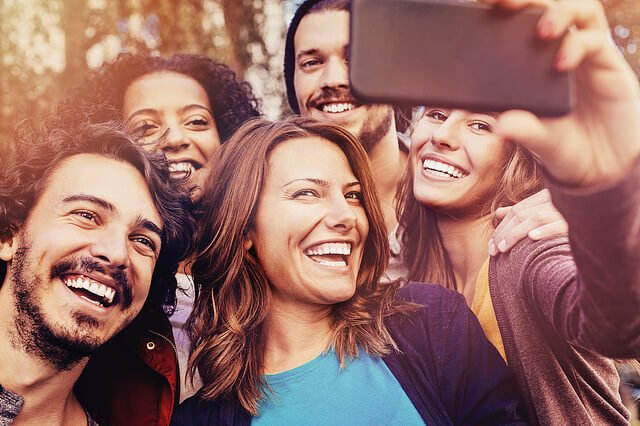 Marketing has evolved to the point where it is no longer recognizable any longer. Gone are the ?offline? tactics that used to appeal to a mass audience. The business card and solid handshake combo still have some use but they have been replaced. Nowadays, companies focus on using SEO and social media to attract customers. They have to be seen as modern to thrive.

There is a good reason for this: millennials. These people are defined by their birth dates, usually between the 80s and 90s. Growing up with technology, this generation requires a lot more from a strategy, mainly facts and figures. It is untrusting of anyone who claims to be an expert because they hold power. Millennials fight back against the man; they don?t embrace him with open arms.

Funnily enough, it is this generation that holds all of the aces in 2018. According to Pew, there are 71 million millennials in the USA today compared to 74 million boomers. By 2019, the latter won?t be in second place. Businesses, then, have to figure out how to appeal to a demographic that is growing with every passing year. How do you advertise to a nuanced and complicated group of people?

Here are a few ideas.

The idea of trust is a big one for millennials. They don?t believe huge corporations when they speak or release information. For youngsters, they are too long in the teeth to take data at face value. The most recent example of their cynicism coming to light is the Volkswagen emissions scandal. If they can?t see behind the scenes, then it?s going to be hard to convince them of anything.

So, the answer is to show them the inner workings of the business with a series of videos. Shoot people behind the scenes who are working on new projects and interview employees about their experiences. Yes, there?s a chance that most workers will tow the party line regardless. And, you?re not going to put a person on camera that has something negative to say.

Still, body language is an excellent sign. Some people will say the right things yet their bodies will scream ?liar.? Others will project such happiness and confidence that they must be telling the truth. Always invite the audience to give their feedback through the comments section or by interacting on social media. The generations of the 80s and 90s have an opinion and love to put it out into the ether.

Never wait for a millennial to come to you because it?s a mistake waiting to happen. Their independence means they pick and choose content and don?t let others impact their thinking. If someone mentions something they should see, they may or may not watch it depending on their mood. Honestly, it seems ridiculously short-sighted yet people act like this because of authority issues.

We?ll get into the power dynamic later in the post, but for now, let?s concentrate on meeting them where they stand. Millennials are different to every other generation, and that means they consume media another way. Some will see the odd billboard or flyer and clock the brand name, but it won?t stick as well. Why? It?s because it isn?t engaging.

What is appealing is a video on YouTube or a series of short and creative tweets. These platforms have billions of daily participants and millennials make up a large percentage. But, they also love to game, use apps and send messages. Therefore, developing an application can grab their attention. These are the people that will use it religiously rather than using a desktop version of the website.

We like to believe that everything is created equal, none more so than a millennial. The truth is very different. There is inequality and it still exists in the 21st century. For the most part, it can be uncomfortable and awkward and hard to change. However, there are times when inequality works in favor of the brand. Before you judge, please carry on reading.

In the paragraph above, the post outlined how you should target the audience through their mediums. Social media is the big one as Facebook, Twitter and Instagram continue to grow. Using a mixture of all the big platforms is a wise move, yet there is one app that needs more attention.

Regarding people born in the 80s, 90s, and 2000s, Snapchat is the king of social media. In simple terms, it has millennial privilege over the rest of the industry. Snapping snots on Snapchat then is an excellent way to raise awareness. A warning ? don?t be overly sales driven. Because you?re using Snapchat doesn?t mean the usual sales tactics don?t exist. This generation hates forced and unnatural content.

Ask For Their Help

No company has to go begging to an audience with its tail between its legs. Although, one demographic that would relate to this tactic would be the one in question. Asking for help is a subtle form of including the target group within the plan. Too many businesses believe their expertise is the one that counts, so they develop a strategy and put it out to the public. When there is no traction, they wonder why because they are too arrogant to see the pros of including ?amateurs.?

Well, novices might not have a degree but they are the boots on the ground. They are the ones who have to react to the marketing scheme and make a conversion. As a result, their input is integral to the firm?s success. Companies that interact on the street aren?t annoying people; they are showing that they care. There is nothing more rewarding than seeing a piece of advice come to life.

Stopping people as they walk may not be your M.O. In that case, start a competition and get the public to develop ideas and send them in to win a prize. As well as free labor, it?s a savvy way to gain their trust and attention.

Think about society today and write down one thing that springs to mind. Progression is without a shadow of a doubt on that list. Also called PC, millennials like to be progressive and forward-thinking men and women. Rather than ignoring people and the world around them, they embrace everyone and everything. The well-being of other people is as important to them as their own. At least, that?s how individuals like to be perceived.

With that in mind, businesses can tug at their heartstrings with an emotive, feel-good story. Crying doesn?t have to be the objective because there are more ways to evoke a person?s feelings. Booking has an advert on TV right now that is a prime example.

Magnus is an employee on a mission to film his travels. Along the way, he comes across people and cultures he has never seen before while soft music plays in the background. At one point, he even exclaims that he has no idea where he is. Millennials relate to this more than anyone because it mixes traveling with a humanitarian mission.

Commit To A Cause

Again, this plays on the generation?s need to help others. In their eyes, there is too much inequality ? gender and class-wise ? that they can change. Even the environment is a fantastic cause that needs help from a millennial?s point of view. Companies that can do any of the above are the ones that stand out from the crowd as genuine and progressive.

Of course, what isn?t real or forward thinking is the act of milking your good deeds for money. When you think about it, it is basically what the business is doing when they advertise the fact they give to charity, for example. The key, then, is to do it without saying a word. CL Smith has a range of sustainable packing ideas that aim to save the environment. By using their products, an organization can piggyback off of the good PR.

Another simple yet effective alternative is a logo. You already have one (hopefully), but there is no need to invest in another. It already exists. Using the universal sign for conversation (see below) instantly points out that you care about the planet. And, no one will miss it because it?s something they search for when they choose a brand.

You don?t have to do this because there is no way to tell who wrote a tweet. Plus, there are too many jobs to complete to spend time on social media.

Any employee is capable of interacting with the firm?s audience, but they should do it by being personal. All this means is that the company uses customer info to address people online. By adding a name to the top of an email, it will feel authentic and genuine. Merely linking a twitter handle to your response is a great move, too.

Thanks to the reliance on the internet, there has never been an easier time to conduct research.

Do you feel more comfortable targeting millennials now, or are they still a mystery?